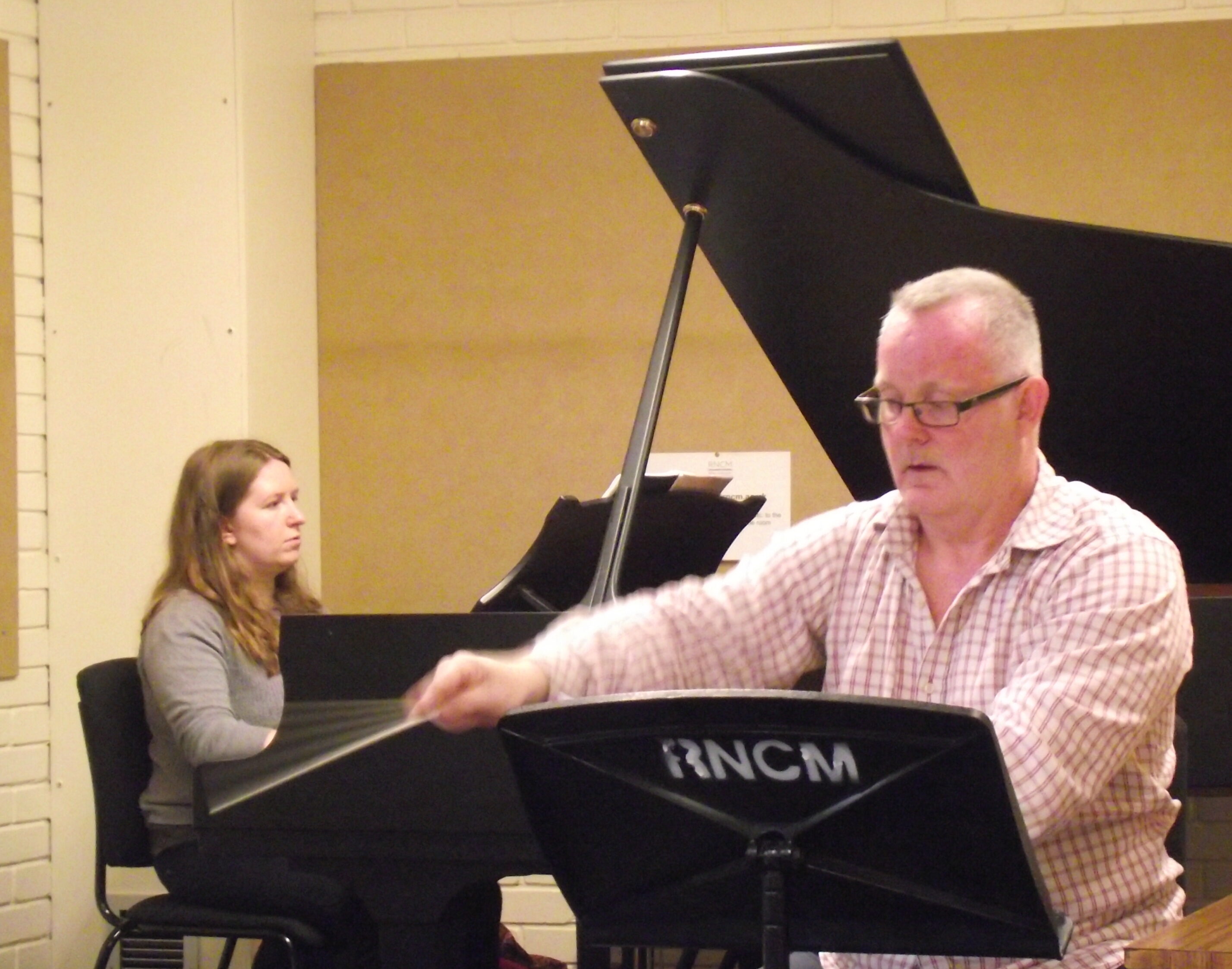 Barry Gerald Webb, conducting a rehearsal above, has written chamber, orchestral and stage works and as a singer-songwriter he has performed his songs in cabaret.

His opera NEPOMUK was performed in 2018 in Liverpool in 2018 as part of Project Nepomuk, a cross border cultural initiative with the Czech Republic supported by the Arts Council of England.

The Arts Council of England has given him a small grant (2020) to finish his new musical/opera ‘AQUA‘, where his philosophy is that Water presents a choice which is central to our World and our lives.

He sings professionally as a Tenor in opera and he teaches singing.

As a Conductor he conducts choirs and opera. He has put on performances of opera and concerts and associated Arts events.

He is the Founder of Major Tonic and Inner Water through his company Aquawebb Ltd.

Barry Gerald Webb studied Philosophy, Comparative Religion and Education at Cambridge. He went on to further his musical studies at the Royal Northern College of Music in Manchester and Royal Conservatoire of Scotland in Glasgow. He is Artistic Director of Project Nepomuk,  www.projectnepomuk.com, a cross-border cultural co-operation project, sponsored by the Arts Council of England in 2018.

“Music gives a soul to the universe, wings to the mind, flight to the imagination and life to everything.” Plato